The ubiquity of industrial robots in the Manufacturing World has led to addressing robots from “technology luxuries” to “everyday autonomous solutions” by many industrial practitioners. With the machine-dependent industrial domain rapidly advancing and transforming with innovative software solutions, many corporations rely on various types of industrial robots. The deployment of industrial robots along with new-age technology solutions have allowed many technology-driven companies to make smarter decisions, boost factory performances and productivity and escape copious expenses, failure and other detrimental events at a single console.

This article will help the reader note the 7 main types of industrial robots used by modern industrial establishments and a few technologies they can use as software counterparts to make more profit with fewer investments in industrial robots.

The word “robot” triggers the imagination of many; they think about humanoids or cyborgs when they hear this word. However, industrial robots do not usually take the shape of a human, but they can be wearable counterparts in some instances. The seven most famous and widely used industrial robots are Articulated Robots, Cartesian Robots, Collaborative Robots, Cylindrical Robots, Delta Robots, Polar Robots, and SCARA Robots. We have explained each type in detail below.

As the name suggests, Articulated Robots are metallic segments joined together with nuts and bolts with multiple degrees of freedom, which has a resemblance to the human arm. This is one of the most common types of industrial robots used in the industrial sector. These robots contain rotary joints (a joint is also referred to as an ‘axis’), where the number of axes increases with the complexity of the motions you expect from your Articulated Robot.

These robots are used mainly by manufacturers because they provide more freedom than other industrial robots. Their human arm-like motions make them a perfect robotic solution for flexible production line operations. They are applied in various activities due to their enhanced motion capabilities, adaptability and flexibility to required environments. They are used for material handling, part transferring, packaging, arc welding, palletising, machine loading and many other activities. Articulated Robots are one of the oldest types of industrial robots that are not replaced with innovative robotic inventions of the new age. 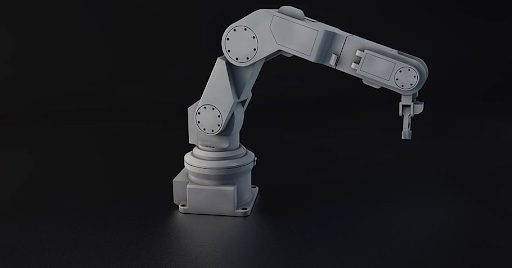 Cartesian Robots are primarily used to transfer heavy objects from one place to another. These robots have the excellent skill of coordination geometry; it controls the motion across a horizontal plane and vertical motion using a robotic arm by a well-geared overhead structure. The gear used at the tip of the robotic arm (also called a machine tool or an effector) is chosen depending on the function expected from the robot to be done. The overhead structure of the Cartesian Robot can be designed to move in an x-y-z or x-y axes.

Cartesian Robots are qualified in meeting the requirements of many industrial applications for their higher payload carrying potential, cost-efficiency and ease of programming. Many robot-driven industrial practitioners add compatible modules to the already existing mechanism to programme the motions of Cartesian Robots, which makes it easy to deploy and efficient. More advantages of this robot category are that it showcases higher skill in precision and accuracy, plus they consume smaller factory space to operate compared to other robotic counterparts. 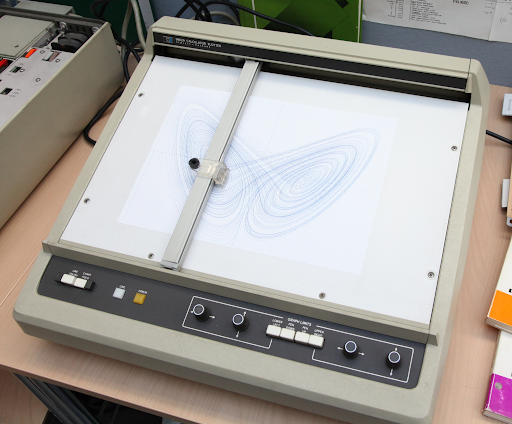 Collaborative Robots are also addressed as ‘Cobots’ in the Industrial World. These robots are known to take the regular operation standards of a company to a top-notch level. They improve the productivity, flexibility and security of operating and performing functions whilst working hand-in-hand with their human counterparts. As the name implies, Cobots work collaboratively alongside humans with great agility, effectiveness and efficiency.

They are primarily used to handle small parts, complete simple tasks, inspect products and other functions that require the intuitions and support of a human mind and body. Cobots are mainly used to complete actions like dispensing, assembling, tending, finishing, welding, removing, inspecting and more.

There are many types of collaborative robots; four of the major types of collaborative robots are ‘Hand Guiding’, ‘Speed and Separation’, ‘Safety Monitored Stop’ and ‘Power and Force Limiting’. They are categorised based on their functionalities and the unique technology blends they harness. The general feature of all these robots is that to operate efficiently they require a degree of safe and secured human interaction.

There are also a few cons to utilising Cobots in your factories. These robots require a restricted and large working area to ensure a comfortable and secure working environment for their human counterparts. Also, since these robots rely on humans compared to other robots, they are not very useful without human supervision or assistance. Furthermore, Cobots are usually slower during operations, especially when the working area is advanced to ensure the operator’s safety. 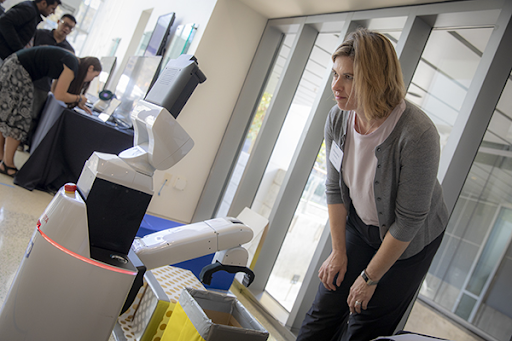 Cylindrical Robots usually have three axes of motion (one circular motion enabled by gears and a motor, and the remaining two are linearly enabled by a pneumatic cylinder). These robots are confined to a cylindrical work envelope because its axis creates a cylindrical coordinate system. Cylindrical robots are mainly applied in industrial vicinity in handling machine tools and die-casting machines, spot welding and during other assembly operations. Some Cylindrical Robots are advanced with a robotic ‘wrist’ at the rotary arm to add more degrees of freedom to gain more precision and advantages during utilisation.

Some of the more useful functions that the Cylindrical Robot can complete in your factory is palletising, investment casting, applying coats, packaging, injection moulding and many other noteworthy operations that require wide ranges and complex motions to complete. It has the potential to carry payloads varying from 5KG to 250KG and inherits an average working speed of 1000 mm per second.

Some of the limitations of the Cylindrical Robots highlighted by industrial practitioners are the motions, precision and repeatability of these robots are limited to the direction of their rotary action; this also affects the mechanical rigidity of the machine. The lack of sophisticated control of the direction and motion of the decimal coordination system is another limitation discussed by most industrial practitioners. (Image Source) 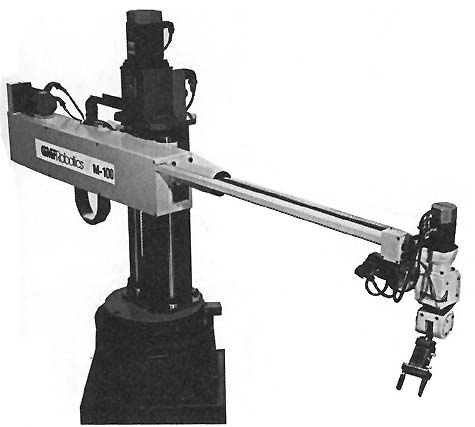 Delta Robots are known for their higher speed with better acceleration and smaller footprints. These robots can be easily distinguished from other robots because they look like 3-legged spiders (therefore, some industrial specialists refer to them as ‘spider robots’). These parallel robots have three arms that meet at universal joints at the bottom. They are specifically designed for ‘Picking and Packaging’ in factories. With fantastic agility, precision and efficiency, these robots can complete over 300 picks in a minute. Delta Robots were deployed under different versions like Delta with 4 degrees of freedom, Delta with two degrees of freedom, Delta Cube, Pocket Delta, Several Linear Delta, Delta Direct Drive and more.

Delta Robots are mainly used in the medical field, packaging and pharmaceutical industry, food and beverage industry due to their fast functionality, exquisite precision and acceleration when performing operations. For example, they can pick batches of products and place them in a container of the assembly line in seconds. These robots are also very light in weight which helps them move faster than other types of robots. The four main advantages of Delta Robots is their smaller footprint, assured safety, high productivity, and higher speed.

One limitation identified by Delta Robot maneuverers is that if the signal fluctuates or changes are less than the step size, these robots will be disconnected and stop operating. Therefore, its power systems and control systems must be steadfast at all times. 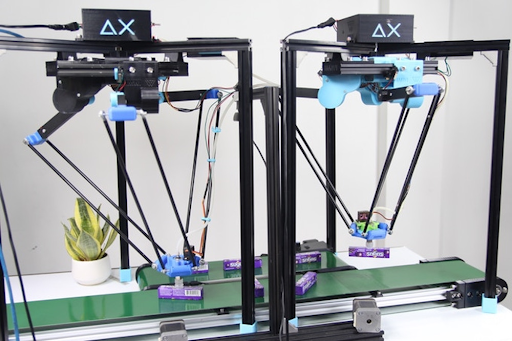 Polar Robots are also called Spherical Robots, and they have two rotary joints and one combined joint. It is called spherical robots because the work envelope of these robots takes the form of a sphere. This is one of the oldest types of robots and was first created in 1950, but fascinatingly it is still used in the modern industrial context. Even with an old history, this robot has supplanted modern robots and innovations due to its amazing ability to boost productivity.

Polar Robots are used for assembly operations, machine tool tending, diecast processes, arc and gas welding, painting systems, spot welding, forging, glass handling and more. These robots are famous amongst robot-driven factories because they can flexibly reach areas and comparatively require less floor space. One of the main advantages of Polar Robots is their range of motion (360 degrees) and the capability of managing large work volumes.

The limitations of the Polar Robots are that they can’t reach above themselves, their structure allows them to vertically reach to shorter lengths, and they repeat unnecessary rotary movements. Robot specialists believe that with a sophisticated control system and better design, these robots can be even more useful in the industrial context. (Image Source) 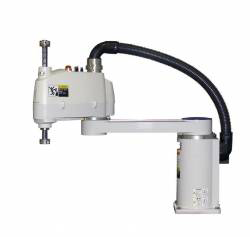 SCARA is an acronym for ‘Selective Compliance Articulated / Assembly Robot Arm’, which implies that this robot is compliant in the X-Y axis but is rigid in the Z-axis. These robots date back to their origins since 1981, where they were deployed in industrial assembly lines to complete operational tasks. SCARA robots are mainly used for high-speed assembly operations like pick and place, screw tightening, product inspection, conveying and stacking, laser engraving, transferring materials and more.

They are mainly used in the production lines due to many characteristics that make them a perfect choice for in-house operations. One advantage is that it has amazing precision during operations; due to its rigid axis, it is known for accuracy during operational performances. Another advantage is its amazing speed when cycle times are critical, and SCARA machines are the best robots to rely on. Another significant feature of SCARA robots is that they require smaller footprints compared to other robots like Delta or Cartesian Robots, which makes them handy and efficient during operations. They are the aptest choice of robots during repeatable actions.

Some of the common disadvantages of SCARA robots are the limited flexibility and dexterity compared to other types of industrial robots. Also, they can only carry light payloads which wavers between a weight span from 2KG to 10KG. 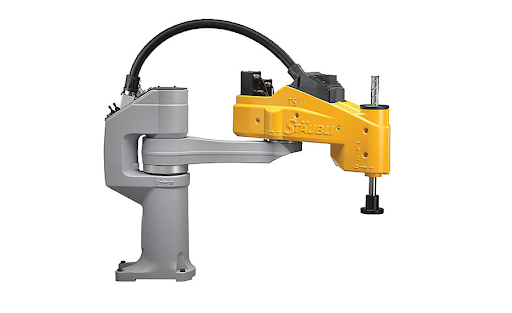 Industrial Robots and You

If you are an industrial practitioner manoeuvring enormous fleets of robotic equipment, learning the disparities and unique efficiencies of each type of robot is very important. Acknowledging the unique features and deployment strategies of robots can help you calibrate your industrial machine networks based on the unique demands and target production goals of your robot-dependent company. This revelation can help you meet the best efficiency and quality standards, extend working and service hours, cut down capital costs, improve working environments and profitability, earn value and prestige during every operation and many more advantages. Industrial Robots are the future of our industrial efforts. Therefore before you make significant investments, you should carefully seek out the best robotic counterparts for your operations; because failing to do so can be the most hazardous decision you make.

With the increasing demand for clean water for human purposes, wastewater asset managers have had to rethink mechanisms to treat wastewater faster and more accurately.

Why A Steadfast IT Infrastructure is Important for Your Manufacturing Premises?

As almost all companies are either partially or fully digital, an integral responsibility of a manager is to look into the infrastructure management of their

Precision Manufacturing – Here Is All You Need to Know

Conventional manufacturing requires blades and hammers to cut products into shapes to the required specifications. Precision machining is a modern form of manufacturing which relies

Increasing the reliability of assets and reducing the overall costs of an organisation go hand-in-hand. If steps are taken to ensure that assets are performing

The aerospace industry requires enormous time and financial resources to manufacture and maintain its assets. Whether an organisation is building aeroplanes for commercial purposes or

In modern Warehouse Management Systems (WMS), a range of robot technologies is utilised to optimise operations seamlessly. They are used to automate repetitive and tedious

Cerexio is one of the very few technology vendors that enable globally recognised solutions for modern manufacturing. Connect with Cerexio to leverage the technologies and improve your yield at a large scale.
Facebook Twitter Linkedin Youtube