What are Virtual, Augmented and Mixed Realties?

What are Virtual, Augmented and Mixed Realties?

The fact that the borders between the real world and the virtual world in thinning and chipping off are no longer a ‘fun fact’. It is a fact known to all after the advent of immersive technologies like Virtual Reality (VR), Augmented Reality (AR), and Mixed Reality (MR). All industrial, commercial, domestic and entertainment technologies demand innovative and immersive experiences; this is why VR, AR, MR and ER technologies are modified to break down the limitations of visualisation and offer breathtaking experiences for their users.

In a world where all eyes are on technologies combining real-world environments with virtual information, understanding the disparity between these technologies can be a bit confusing. Many technology giants are taking drastic measures to include immersive technologies in their innovative approaches and the best example is Facebook (now Meta Platforms Inc.). Facebook made an announcement that shook the whole world by saying that they are rebranding as a Meta. This decision was made because they wanted to focus on the future- in other words, they wanted to focus on AR, VR and MR technologies. Thus, hinting that immersive technologies have the potential to reshape our future, and it already has started the process.

Today we will be focussing on understanding these three technologies in-depth to clear any doubt you have about the three main types of immersive technologies.

Extended reality (ER) is a blanket term used to categorise immersive technologies that enhance human senses by enabling simulated elements to add advanced perspectives that overlay the actual world. It refers to hybrid environments that have both physical and virtual elements in them that are generated by wearable orange computer graphics. The letter ‘X’ in XR can stand for any letter that represents computer-altered realities; for example, X can stand for V, which means VR. Therefore, this term includes VR, AR, MR and soon CR (which is explained later in this article).

A Guide to Understanding VR, AR and MR Separately 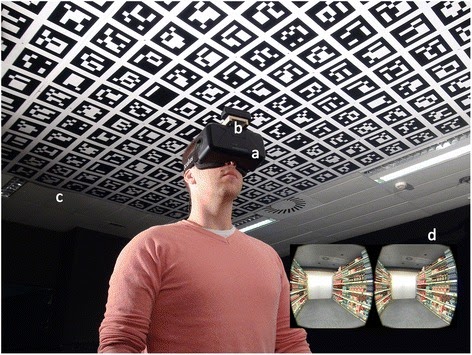 The VR or Virtual Reality technology offers a computer-generated reality that was adopted very early by gaming companies to improve the gaming experiences of gamers. Not so long after, was it adopted by other industrial practitioners like the research and development, military, healthcare, industrial, commercial, education, industries and more.

When a user wears a VR headset, their brains are conditioned to believe that they are a part of a computer-generated world, and the console makes them believe that they are interacting with this computer-generated world. There are many smartphones in the market that support VR technology that is developed and offered by technology giants. Some of these decisions are Google Daydream, Good Cardboard, Samsung Gear VR. Then there are standalone VR headsets like Oculus Rift that creates virtual experiences by enabling all the functions of a VR-supporting smartphone with a standalone wearable.

This technology offers perspectives that help the user in ‘try-outs’. To elaborate, a doctor can plan the strategies and approaches that he or she should take to save a specific patient by planning the surgery using VR technology. Travellers can use VR technology to virtually visit a destination before they book a ticket across the world. One of the most important applications of VR technology is during education and training. Students can visit planets, the moon and the galaxy using this technology. Soldiers can be trained under realistic battlefield experiences to upskill their combat and intuitive skills. Also, business employees can be trained to handle expensive machinery or trained to save time, money and effort in completing their work by exposing them to highly-probable client scenarios to train their skills and determine their potential.

Even though this immersion technology shuts down the physical world completely, it allows the user’s imagination to go wild. The user gets the chance to experience an unrealistic experience with hands-on visibility spanning from a swim with a school of fish in the deep sea or slaying a dragon from the mediaeval past. Even though AR and MR were evolved after this technology, it is still widely used by many people around the world. 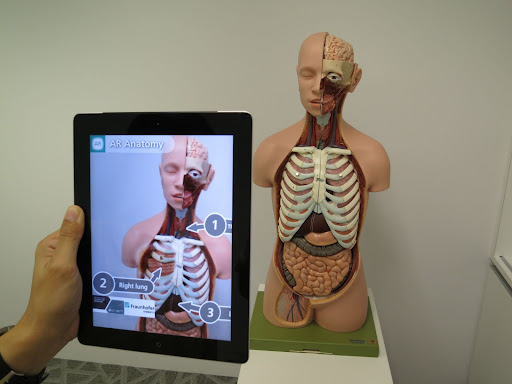 AR or Augmented reality is a technology that adds virtual elements to the physical world to provide better insights or more information about the surroundings of the user. Two of the most widely known examples of AR technologies are the Snapchat Lenses and Pokémon Go. This technology-enabled digital details like texts, animations, images and other virtual elements blend with the actual environment through a camera lens; just like the name implies: it augments the reality around you.

IKEA is one of the famous business establishments to use this technology successfully. IKEA launched an AR app that allows their clients to download virtual models of their furniture to change the colours, types and shapes to fit them virtually on the client’s domestic or office spaces. AR technologies are Lenovo Explorer, Microsoft’s HoloLens, Samsung Odyssey and more. 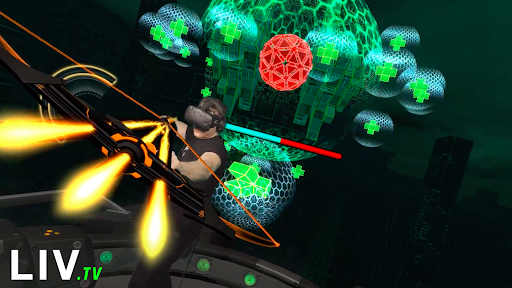 MR is applied to solve many issues in the real world. Here are a few noteworthy instances where MR is used for application in a few industries currently or in the recent future. It will be applied in the retail industry to manage and access online stores and develop virtual wares to help clients to get better perspectives of goods. It will be applied in a more educative manner in the education industry and Healthcare industry to enable better perspectives on critical events that need a precise diagnosis. Furthermore, the entertainment domains like the gaming industry, movie and music industry will also gain better opportunities to take content closer to their target audiences in an interactive manner.

MR technology preludes the future of many technological advances. People will be able to actively try out new outfits virtually before purchasing them online or help the user to leave virtual tags or labels on items that they keep forgetting, like keys, remotes, walters and more. It will open newer ways to the way content creators create constant and newer ways to consume content by the audience. It will open up a new range of job opportunities while replacing all screens possessed by a person with a single wearable gadget.

Upcoming CR- Here’s All You Need to Know

The newest addition (still at the research stage) for the ER category is a technology that proves that the entertainment industry never gives up on exploring immersive technologies even more. The concept of CR (Cinematic reality) was proposed by a tech company in Florida to enable a next-level experience for viewers. It offers a concept where 360-degree 3D animations are simulated with immersive audio to offer a visual setting that enables the viewers to watch the movie.

This technology makes mundane movie cultures more exciting and grounded to a new level of reality that contributes to the overall aesthetics of any film. This technology is said to improve the movie industry by allowing movies to be more exciting with better stunts, better scenes, amazing cinematic appearances and more. This futuristic digital reality supplements the physical world by enabling ‘more believable’ experiences, hinting that the future of gaming, film-making and other perspective-based actions are going to be better than ever.

Connect with Cerexio to create distinct monitoring and controlling experiences by adopting the best AR and VR technologies in the vogue. Use these technologies to view real-time the operational excellence of your industrial establishments and fixed assets, anticipate future trends and dodge risks with comprehensive simulated visibilities of your organisation. Undergo complete changes of your organisations by adopting these technologies and improving your fundamental business functions like employee training, research and development, engineering, customer engagement and more.

Questions You Should Ask Before Investing in Immersive Technologies

These technologies are slowly disrupting the abilities of industrious establishments to thrive in a higher-fidelity environment.

These technologies will keep coming and augmenting and companies can use their imagination in choosing how immersive theory wants their internal and external experiences to be. Before deploying an immersive technology companies should understand:

Virtual, Augmented, Mixed, and Extended Realties are No Longer A Sci-Fi Writer’s Imagination

VR, AR, MR and soon CR are no longer cool sci-fictions like Star Wars to let you spectate good-to-have technologies through a screen. They are actively used in the world to promote better perspectives and demystify the gaps between physical and virtual components. The XR landscape is now toppling the quality of visibility and demanding new-age companies in adopting cutting-edge immersive technologies in improving their contact with the real and virtual worlds.

The biggest evolutions of the technology world, like the recent concept of Metaverse, uses immersive technologies to supercharge the 3D world. It uses a blend of industry 4.0-defined technologies, including immersive technologies. Some of the technologies used to optimise the metaverse experience are AR, VR, 3D construction, IoT, AI, blockchain technology and more. Thus, the world will keep changing, so will people. Lifestyles will be completely disrupted, the industrial and commercial efforts will be virtualised, and people will soon find virtual meet-ups more convenient and natural than being present in future. As an ending note, we would like to remind you that we are entering a world of change and innovation; we are entering a world where reality is redefined by technology, so buckle up.

Quality Management Systems, also known in its abbreviated form as QMS, refers to a process implemented in a factory that demonstrates and confirms how the

What Does It Mean to Have a Stereoscopic Warehouse?

Stereoscopic warehouses are automated warehouses that include several layers of high-shelf storage unit cargo along with the corresponding material handling equipment for warehousing operations. Due

Everything There Is to Know About Cognitive Digital Twins

The term digital twins is not a new one. Since recent years, the benefits of infusing digital twins have been a popular topic, especially in

Top Warehouse Management Trends to Look Out for in 2023

Every year, industry experts predict multiple trends that will dominate throughout the year. It should be noted that a ‘trend’ does not signify that a

The Full Picture of Implementing a Hybrid Cloud: Three Major Pros and Cons

One of the leading trends in the business world has been adopting a hybrid cloud platform. The 2022 Global Hybrid Cloud Trends Report by Cisco

Exploring the Internet of Senses

Did you know that you can use an e-nose to receive the smell of your favourite dessert using digital scent technology? Were you aware that

Cerexio is one of the very few technology vendors that enable globally recognised solutions for modern manufacturing. Connect with Cerexio to leverage the technologies and improve your yield at a large scale.
Facebook Twitter Linkedin Youtube